Over the last ten years, hard-working quintet Gute Gute has quietly become one of Israel’s foremost live musical acts, blending youthful exuberance, diverse influences and forward-thinking musicality into a ferocious, post-genre experience that commands attention. A riveting mash-up of Israeli, Balkan, Mediterranean and electro-dance music influences, with a healthy dose of good-old fashioned songwriting thrown in for good measure, Gute Gute is guaranteed to move bodies, expand minds and open hearts with their impossible to categorize yet instantly recognizable music.

First formed in Jerusalem in 2009, when some of the members were just out of high-school, the band quickly began performing in clubs and at festivals across Israel, while simultaneously entering the highly-competitive Jewish wedding scene. With their unique and driving sound, within a few years the ensemble became “one of the most sought-after wedding bands in Israel,” according to a Jerusalem Post article from a few years ago. By expanding beyond their original Klezmer and traditional influences, Gute Gute injected a much-needed dose of “avant-ethno” aesthetic into the otherwise staid wedding genre.

Drawing on their experience of playing nearly 1000 shows over the last decade, Gute Gute brings a tremendous dose of positive energy, cutting-edge flavors and pulsing rhythms to the stage. Exuberant and flamboyant frontman Aviv Kest, a dynamic lead-vocalist who also plays guitar and the Greek bouzouki, serves as the focal point in engaging with the crowd. The melodic side is kept on-lock by Amitai Mann, a clarinet virtuoso who also brings out the Bulgarian bagpipes to really get things moving, and Yanush Hurwitz, whose mastery of the accordion is only rivaled by his abilities on the fabled Keytar. The crack rhythm section consists of classically-trained drummer/percussionist Meir Yaniger, whose versatility, rock-solid timing and intricate grooves keep everything grounded, and charismatic bassist Meidad Cohen, a master of both the acoustic, upright bass and electric bass guitar.

This is Gute Gute, Israel’s premier ethno-pop party rockers - a real band of brothers possessed of an adventurous musical drive, forever expanding creatively and professionally. With their loyal and close fanbase, exemplary use of social media and history of international travel and collaborations, Gute Gute is an ensemble poised to conquer the next challenge while leaving a trail of sweaty, satisfied crowds in their wake. 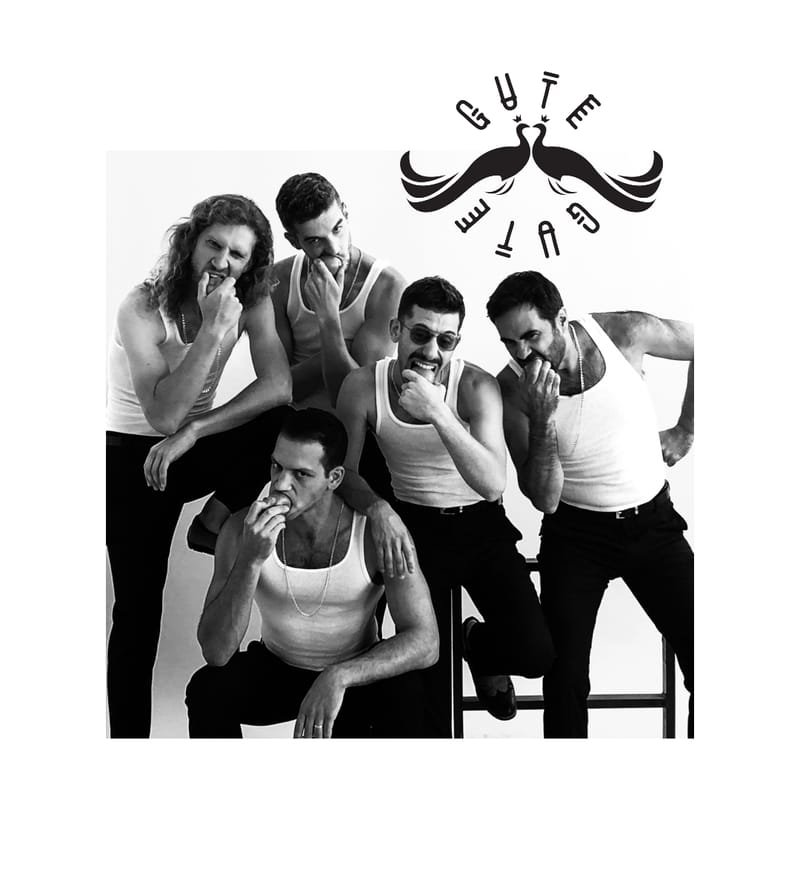